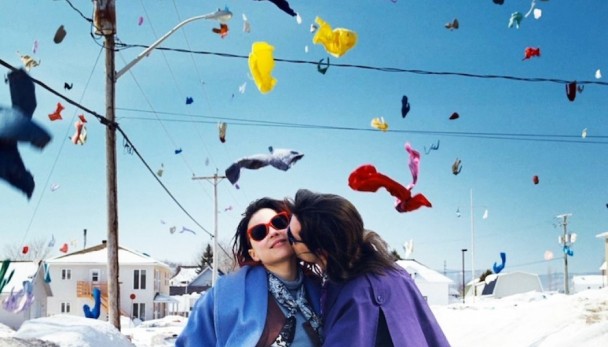 I’m spreading the word about the LGBT film experience, and I’ve picked 7 little wonders of the film world that delve into transsexual lifestyle, forbidden love, secret affections, identity crises , homophobia, etc. Spanning the corners of the world, from Canada, France, and England, to Sweden and Greece, then Iran and over to Cuba. The stories told here on celluloid are great ones, enlightening reflections on the human spirit and depictions of romantic, sensual bonds. So dig out your watch-lists and make room for the following seven:

Someone recently told me, as we were preparing this series, that any LGBT film coverage might not quite be the same without an entry from the Canadian boy-wonder Xavier Dolan. With Laurence Anyways, an open, honest, at times astonishing, romantic drama, Dolan wrote, directed and edited. He is a film-maker with a clear talent for the visual medium with style, execution and story-telling, churning out a well-built narrative at his own pace and prowess. The movie tells the story between Frédérique (Fred) and Laurence, a man who soon confides his true longing to be a woman. The relationship is a brittle one, but pulled together with an undeniable, and recognizable force, as Fred and Laurence frolic and fight their way through an intense, enduring adult journey. Laurence of course has his own transition to contend with, but the hot-headed Fred is brutally honesty in her own coping with not just the change of gender, but Laurence’s general attitude and behavior. The film is as much about the mechanics of a deep-rooted companionship in all it’s loyalty and conflict as it is a transgender tale. As it soars beyond the two and a half hour mark, Dolan somehow keeps things fresh and relevant, closing the picture with two marvelous scenes. As Laurence and Fred meet again years later, he tells her he got the hair flick from her, reminding us and them how much she supported him as he became a woman – mannerisms, fixing her, what to wear. They soon bicker again, but it all contributes to the natural little observations of their relationship. The final scene goes right back to the beginning, how they met, so sweet and authentic in its depiction that even after the turbulence you have just witnessed, you are almost swept off your feet again.

A hit at the 2012 Cannes Film Festival, the film nabbed the Queer Palm Award, as well as the Un Certain Regard Best Actress Award for the stupendously great Suzanne Clément – and well deserved, if just for the coffee shop outburst alone – she blows me away every time I see it.

BAFTA-winning drama My Summer of Love marks another excellent British venture for Polish film-maker Pawel Pawlikowski (now an Academy Award winner with Ida), set during a West Yorkshire summer. From different backgrounds, Mona (Natalie Press) and Tamsin (Emily Blunt) meet and embark on personal exploration and expression; the girls begin to bond, swigging alcohol, swimming, smoking, secret-sharing – even going to the extent to swear an oath of death should they lose each other. The brief, passionate lesbian relationship that forms is a natural progression for the two girls who are keen to push aside the troubles of their respective lives and find in each other a seemingly felicitous companionship. Both young actresses Blunt and Press are superb.

Lucy Mulloy’s extraordinary Una Noche is memorable for many reasons. The youthful energy of the three teenagers at the heart of the story. The relentless, sweltering heat of the Havana streets. The empathetic struggles of restricted, ambitious youth. Following (and narrated by) Lila (Anailín de la Rúa de la Torre) a teenage girl bewildered by the concept of sex, her twin brother Elio (Javier Núñez Florián) who has a bond so strong with troubled / troublesome best friend Raul (Dariel Arrechaga) that we later discover very different outlooks they have on each other. Raul thinks he knows about the realm of sexuality, but does not fully see that Elio wants him even after a kiss from the closeted brother, and earlier tries to lure an older prostitute who turns out to be transgender. The movie is about the twins primarily, but Raul’s subplot, fighting the struggles of poverty and disease, doing what he has to do to escape is a true monument to the movie.

Written and directed by Lukas Moodysson, Show Me Love, set in the small town of Åmål, opens with a bout of explosive sibling squabbling – which sets the scene for Agnes (Rebecka Liljeberg) to fascinatingly stare over at Elin (Alexandra Dahlström) amidst a bunch of teenage girls bickering in the school halls. There’s a real free-spirited comedy element here as well as coming-of-age drama, reminiscent in tone to those John Hughes classics. These teenage girls verbalize their angst like it’s going out of fashion, it’s a raw, candid depiction of melodramatic adolescence, also proving young love is like any love, it can hurt you, humiliate you, as well as stir your most euphoric senses. The unison of Elin and Agnes takes time, even though the strong feelings are there, given how teenagers have such illustrious reputations to think about, which lesbianism would only taint. The film was given the title Show Me Love when the Hollywood industry frowned upon the original Swedish title Fucking Åmål (ending its Oscar Foreign Language bid). Fucking Tinseltown.

Translated to “Going South”, the French drama Plein sud is heavy on relations between strangers and family members, a film that attempts to focus on human expression and emotions in the long and short term. When Sam (Yannick Renier) finds himself in contact with his estranged mother, he sets off on a road trip from France to Spain, picking up three travelers along the way – Lea (Léa Seydoux), her brother Mathieu (Théo Frilet), and Jeremie (Pierre Perrier). Both Lea and Mathieu ae attracted to the somewhat distracted Sam, who soon shows his availability to the brother (while Lea hooks up with Jeremie). Director Sebastien Lifshitz keeps tensions raw throughout, in two particular sexual sequences Mathieu hears his sister’s pleasurable moans, while Lea herself later decides against watching as her brother and Sam get at it on the beach.

Love and affection is often born regardless of age, religion and gender. Set in modern day Tehran, Circumstance does not take any sides, a drama that although is political as much as it is romantic, is not shy in demonstrating the disruption of constructed family life, but more so a certain clandestine mutual attraction between two girls from very different family lives. Partying hard behind the scenes, Atafeh (Nikohl Boosheri) and her best friend Shireen (Sarah Kazemy) spend every private moment with longing looks, holding hands, as well as some truly electric sensual moments. Writer-director Maryam Keshavarz makes the female embrace so breath-taking you can just about touch it, telling a convincing story of lesbian love so magnetically intimate in their restrictive Iran culture. Boosheri and Kazemy bring shimmering, simmering passion to their seamless on-screen chemistry, keeping emotions and sexual tension on an extended hair’s end – all the while an enthusiastic, if somewhat repressed, layer of first love vibrates on the surface. 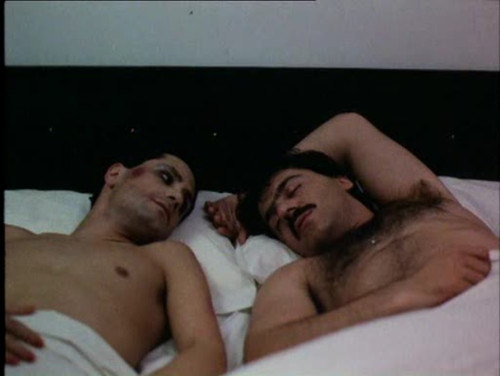 You don’t have to stand too far back when getting to grips in your own head how films depicting homosexuality still appear to garner breakthrough status. So when you go back to 1982 with the Greek film Angelos, you just crave to go back and experience the audience reactions to such an openly gay portrayal. Giorgos Katakouzinos’s compelling drama is not afraid to let the camera linger among the gay community thriving on the dance floor keeping disco alive, but bigger than that it shows the exposure of the queer culture, how it affects them, and those around them. Angelos himself is involved in a questionable lifestyle when he meets a confident lover, but the ramifications his homosexuality has on his family is in this instance a truly tragic outcome, in one of the the film’s most powerful scenes. That, and the final scene of violent self-expression. A depiction of homophobia this appears to be then, an attitude that is sadly still familiar today, making Angelos even more important and essential.

Taken from the 100 LGBT Film Experiences series at writeoutofla.com – click here for the final part and links to the other nine.