Another Academy Awards, another year of total controversy brought upon themselves by the Academy.

The Oscars are an utter embarrassment to themselves this year. While they’ve progressed from the abysmal #OscarsSoWhite backlash, we’ve got new wreckage created by the Academy to talk about.

Academy president John Bailey announced that cinematography, film editing, live-action short and makeup/hairstyling honors will be handed out during commercial breaks at this year’s #Oscars #PresentAll24 [Update: Unless I’m wrong, it appears they Academy decided to show everything during the telecast].

2018 was generally a mediocre year for movies; it took me countless drafts to finalize this list, and I even pulled two foreign films into the mix (both tremendous). While I liked the movie a lot, I intentionally left Bohemian Rhapsody off my list due to the controversy surrounding the film and the film’s director Bryan Singer. If you’ve been living under a rock, you can read my review about all the drama here.

Director: Peter Farrelly
Cast: Viggo Mortensen, Mahershala Ali, Linda Cardellini
Plot: A working-class Italian-American bouncer becomes the driver of an African-American classical pianist on a tour of venues through the 1960s American South.
Review: Surprising us all this year, Green Book took home the golden statue for Best Picture. A movie carried by tremendous performances, the story-line itself is just okay. See it for Viggo and Mahershala.

Director: John Krasinski
Cast:  Emily Blunt, John Krasinski, Millicent Simmonds
Plot: In a post-apocalyptic world, a family is forced to live in silence while hiding from monsters with ultra-sensitive hearing.
Review: Absolutely terrifying, and a step up from Bird Box in it’s relatively similar plots. Emily Blunt delivers one of the best, and most ignored, performances of the year.

Director: Hirokazu Koreeda
Cast: Lily Franky, Sakura Andô, Kirin Kiki
Plot: A family of small-time crooks take in a child they find outside in the cold.
Review: Absolutely heartbreaking and honest, this foreign feature truly teaches that family is not what you’re born into. 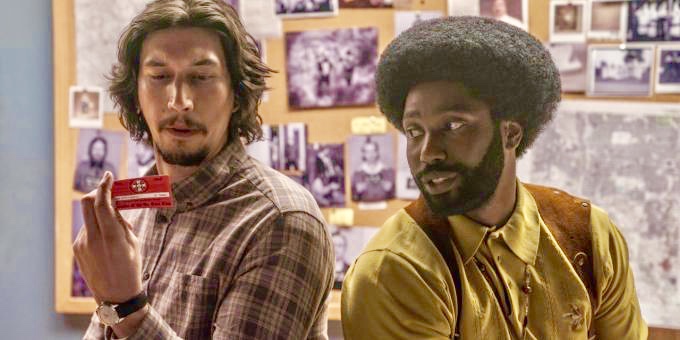 Director: Ryan Coogler
Cast: Chadwick Boseman, Michael B. Jordan, Lupita Nyong’o
Plot: T’Challa, heir to the hidden but advanced kingdom of Wakanda, must step forward to lead his people into a new future and must confront a challenger from his country’s past.
Review: Without a doubt one of the most (if not THE most) accessible comic books movies to date. It’s both groundbreaking and highly entertaining. 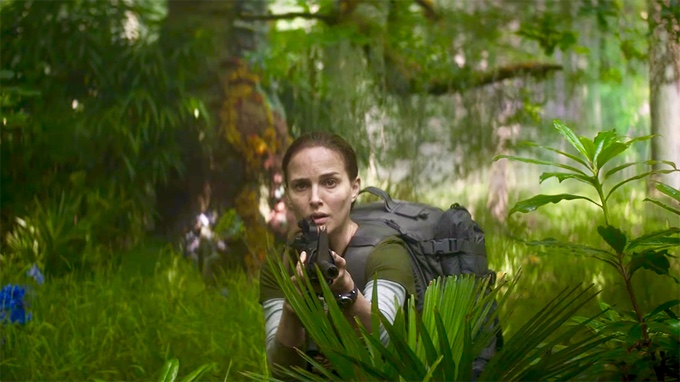 Director: Alex Garland
Cast: Natalie Portman, Jennifer Jason Leigh, Tessa Thompson
Plot: A biologist signs up for a dangerous, secret expedition into a mysterious zone where the laws of nature don’t apply.
Review: One of the biggest surprises this year was Annihilation. I guess the Academy has a tendency for forgetting about Sci-Fi films, because this one should have been on the Oscar roster.

Director: Bo Burnham
Cast: Elsie Fisher, Josh Hamilton, Emily Robinson
Plot: An introverted teenage girl tries to survive the last week of her disastrous eighth grade year before leaving to start high school.
Review: It’s very rare that a movie taps into my subconscious as much as this movie did transporting me back to every single emotion of being a 13-year-old girl. Bo Burnham, how did you do that??

Director: Yorgos Lanthimos
Cast: Olivia Colman, Emma Stone, Rachel Weisz
Plot: In early 18th century England, a frail Queen Anne occupies the throne and her close friend, Lady Sarah, governs the country in her stead. When a new servant, Abigail, arrives, her charm endears her to Sarah.
Review: Absolutely hilarious. I’m not a fan of this director’s previous films, but this one is totally accessible for any movie-goer. Olivia Colman 100% deserved her Academy Award for this movie.

Director: Pawel Pawlikowski
Cast: Joanna Kulig, Tomasz Kot, Borys Szyc
Plot: In the 1950s, a music director falls in love with a singer and tries to persuade her to flee communist Poland for France.
Review: I didn’t anticipate having this movie on my top 10 list, but it completely blew me away. Gut-wrenching and beautiful, please make time to catch this one if you can.

Director: Bradley Cooper
Cast: Lady Gaga, Bradley Cooper, Sam Elliott
Plot: A musician helps a young singer find fame, even as age and alcoholism send his own career into a downward spiral.
Review: The best of the best came as a total shocker for me. When I initially heard about this project, I had little hope that it would be as good as it actually was. Amazing cast coupled with an even more amazing script, this movie stole my heart.

What were your favorite movies of 2018? Did the Oscars get it right or so wrong?