With the recent release of the third Gatsby trailer, the anticipation for director Baz Luhrmann’s recreation of the F.Scott Fitzgerald classic is mounting. The trailer gives a more in-depth look at the characters, the lavish landscapes and further reveals that Leonardo DiCaprio may hold a candle next to original Gatsby, Robert Redford.

While I’ve previously cursed the idea of remaking classics, Baz’s recognizable modernized eye for style along with his clever incorporation of contemporary music seems to transform the 1920s on screen with Gatsby. If his pop culturized version is anything like 1996’s Romeo and Juliet, we can be guaranteed the movie will maintain the authenticity of the story we all know and love. 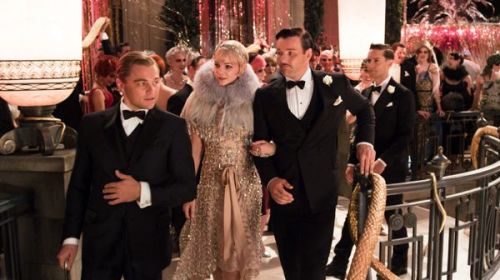 But will this modern take on Gatsby resonate with newer generations (or even older), and are it’s central theme(s) relevant today? Baz seems to think so, and I agree with him:

“The Great Gatsby has managed to be relevant in all times. But it is particularly relevant today because, although Fitzgerald published the novel in 1925, in it he more-or-less predicts the crash that is coming in 1929. The ’20s was a time, because of the shared national hypocrisy of Prohibition (people were railing against alcohol one minute and demanding wine at their table the next), that a slight rubbery morality was allowed to flourish, that there was confusion in the national moral dials so to speak. 1920s New York City was flush with money and booze, the stocks went ever-higher, skyscrapers vaulted to new peaks, and so it seemed that man-kind could only go up. But Fitzgerald – and I think you can see and read this in Gatsby and in much of Fitzgerald’s work – he can see that something is corrupt morally in society and it is going to come crashing down. And I think to a certain extent we have gone through that ourselves recently. Since 9/11 there has been an added slight moral rubberiness in our world, and we all know that things came crashing down. And it is this that makes the Gatsby story especially relevant today.” via Life and Times

Luhrmann’s previous work, Romeo and Juliet and Moulin Rouge, both share a commonality with Gatsby–the music. You won’t find a score parallel to the era Luhrmann is speaking from; Gatsby and Jay Z are held together side by side, and Luhrmann’s unique modern troupe combine the diversity of a modern beat juxtaposed with the extravagance of the 1920s will likely fit knowing Luhrmann’s past films.

“I had just begun to connect with JAY Z, and both of us connected over the idea of doing what Fitzgerald did – using popular music, the music of the streets, a blend, jazz, hip-hop and popular music throughout the film. In our thinking it became clear to us both, especially given the variety of artists we were working with, that this was no ordinary soundtrack and no ordinary music collaboration. But there is no doubt that popular music played such a fundamental part in the art of Fitzgerald. So music and popular culture had to play a part in the telling of this story. So what we are saying is, although our story may be set in the 1920s, to quote one of Jay’s rhymes ‘history doesn’t repeat itself, it rhymes.’ What I get from that is just that the universal truth moves through time and geography. There was a Jay Gatsby in 1922; there is a Jay Gatsby today. And we all know one.”

“I thought JAY Z, when he first saw the rough cut, put it very succinctly. He turned to me and said “It is not really about whether Gatsby made his money illegally or not, it is about whether he was a good person or not.” And I think that is the big idea in the book. It is about finding a personal moral compass, not a perceived moral compass.”

20 thoughts on “Anticipating the Great Gatsby”