“Who is it you’re waiting for?”

“A genuine revelation. We may finally have an heir to Kubrick,” states LA Weekly in the film’s trailer. With A chilling score shrieking like crisp nails on a chalkboard juxtaposed with the serene countryside of Glasgow, LA Weekly may be on to something. The contradiction between score and cinematography is haunting yet beautiful. It’s unlike anything I’ve seen nor heard in recent years in the void of science fiction cinema…until now.

It can be interpreted that the film uses aliens as a metaphor to question what it means to be human and what it’s like to be free of judgment or predisposed to our superficial culture. It’s completely bizarre and frightening yet impossible to look away from. Director Johnathan Glazer (Sexy Beast, Birth) has resurrected Kubrick-style science fiction that faded off-screen decades ago. 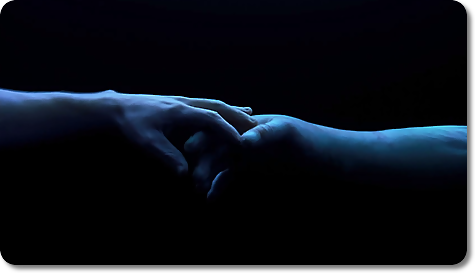 The science fiction genre has been in a slump for over a decade—Prometheus and Avatar are some recent sci-fi flicks of notoriety that come to mind, but nothing cutting edge outside of their boundary-pushing graphics. There’s also the endless supply of D-list remakes from the Predator and Alien franchises that serve no other purpose but to cash in from the once successful original films. Science Fiction has been a genre that pokes around every few years, but never recreates an immortalizing effect of awe or originality.  As the LA Times states, “Watching this film feels like a genesis moment–of sci-fi fable, of filmmaking, of performance—with all the ambiguity and excitement that implies.” 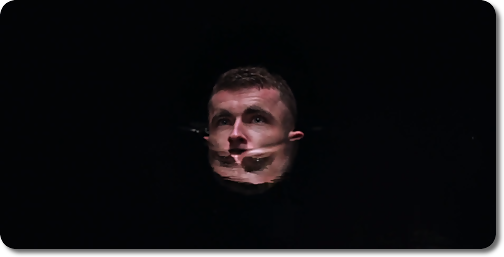 Under the Skin, adapted by a 2000 Michael Faber novel, is being called a sci-fi art film, 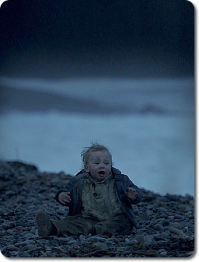 containing a simplistic plot with little dialogue and nameless characters. The film explores the Scottish countryside where an alien, played by Scarlett Johansson, inhabits a human body and lures unsuspecting men into her car bringing them to an abandoned warehouse.

“I heard Jonathan was making a film and originally it was a very different story. But I met him, and it was very clear that he was struggling to figure out what he was doing with it, and what had attracted him to it. It wasn’t his passion project but there was something in the idea of having a character that was an alien that could give him the freedom to be completely observant without any judgment. I think we were both interested in that. I thought it would be incredibly challenging to play a character that’s free of judgment, that has no relationship to any emotion I could relate to.” Scarlett Johansson via The Guardian 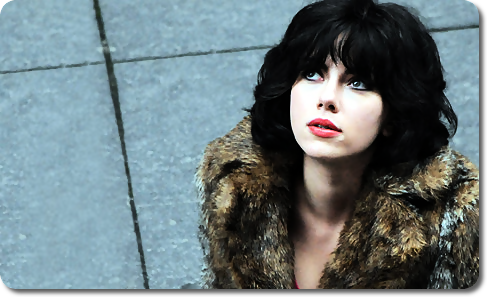 The film, a project 10 years in the making, had critics split with both boos and cheers when it premiered at the Venice Film Festival. The film presents new levels in filmmaking, but asks the profound question of what it means to be human. Director Johnathan Glazer strips Esquire’s twice crowned “Sexiest Woman Alive” into a civilian wardrobe blending her into the Glasgow community. Undoubtedly Johansson’s beauty shines through Glazer’s disguise, but Johansson covers new ground despite having little dialogue. From her perplexed expression while caught in a nightclub to her grim looks of unconcern in bone-chilling scenes result in an absolutely brilliant and groundbreaking performance for her as an actress.

Glazer shot the film in a candid, almost documentary-like way of storytelling. Many scenes consist of Johansson driving around the countryside and city picking up unsuspecting male victims (and non-actors). Glazer covered the vehicle with hidden cameras, along with his crew and immediately gave disclaimer forms to ordinary civilians being seduced by the unrecognizable Johansson. In addition to the non-actors entering the vehicles, many of the film’s establishing scenes in the city were shot without public notice; filming in secrecy to create a level of authenticity.

“‘The film’s camera style is all about witnessing,’ adds Glazer. ‘The camera’s not excited. You know. This allows the alien to witness things we do and watching her reaction to those things. There’s a very horrific scene on a beach, which we watch from a distance with Johansson, rather than getting in the middle of the action. It’s shot in a deliberately non-Hollywood way, as if you just happened on this terrible event. The horror is supposed to be described by the reality, and what she sees in that scene,’ says Glazer. ‘All corners of what we have and what we are. The scene is full of love and tragedy and nobility and courage and selflessness. It’s unfathombable, I think, to her. She doesn’t respond to any of this like a human being — and it’s in those moments that we see the alien, I suppose, the kind of gulf between her reaction and ours.'” via io9.com 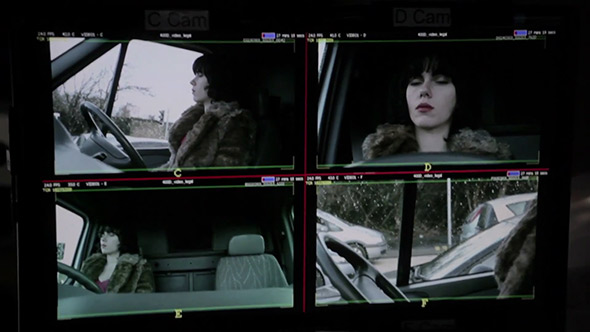 Outside of his unconventional filmmaking, Glazer also takes a twist on rape culture; where women are typically the victims of these forms of assault, now the hunted become the hunters. In the film, “Scarlett’s character is made to attract men,” Glazer tells io9.com. “She performs that function. She’s a machine, she’s a tool, in a way. But a lot of the people she tried to pick up didn’t respond in the way you would expect if you were to write this as a piece of comic-book fiction. Scarlett Johansson pulls up, [and] in you get… some were suspicious. Some were wary. Some were frightened. You see a whole range of complexity of how men do respond to that scenario.'” Glazer takes a twist on gender dynamics and  flips the status-quot upside down.

One of the more profound scenes of alienation came from actor Adam Pearson. Pearson was born with neurofibromatosis, a condition that causes non-cancerous tumors to grow on nerve tissues; in his case, the majority of these tumors are on his face. The pivotal scene involves Pearson entering Johnannson’s car where she remains unfazed by his disfigurement and remarks on how beautiful his hands are. The scene can be understood that because she is void of human nature, she is emotionally blind to what culture considers beautiful; a scene that Pearson believes helped him challenged the stigma of disfigurement. 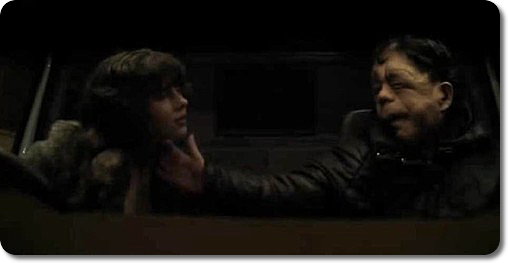 “‘One of the main reasons for taking the role was because it was so moving and honest,’ says Pearson over a lunch of fish and chips in a south London cafe. ‘For me, the film is about what the world looks like without knowledge and without prejudice. It’s about seeing the world through alien eyes, I guess.’ Much of the dialogue was improvised. Pearson and Johansson had a conversation beforehand about where it might go – the line about the hands, for instance, came from him. ‘My mother likes my hands,’ he says now, a touch embarrassed. He also had to film a nude scene with Johansson – something even the most experienced actor would be nervous about. More importantly, Under the Skin gave Pearson an opportunity to challenge what he sees as the stigma surrounding representations of disfigurement on screen. ‘There’s a lot of fear around the unknown. If I can try to be as normal as possible and show there’s nothing to fear – either on film or day to day, going round the corner to go shopping for milk – then the more people see it in wider society, the less stigma there is. If I just sit at home and mope, hugging the dog and crying, nothing’s going to change.'” via The Guardian

While some critics remain dissatisfied with unanswered questions in the film and the overall ambiguity of Under the Skin, those who look closer can find a deeper value under the film’s surface. The film forces you to watch as an observer of this alien nature like the alien itself…touching upon the notions of unbiased human emotions indisposed to good versus evil, beauty versus monster and right versus wrong.

22 thoughts on “Review: Under the Skin”