“What was that? I should kill everyone and escape? Sorry, it’s the voices. Ahaha, I’m kidding! That’s not what they really said.”

Suicide Squad is the unconventional superhero film desperately needed in the DC universe (or universe in general) to combat the superhero fatigue everyone is experiencing. What made this project so unique is that it is the first movie in the series of DC adaptations that is not directed by Zack Snyder. Sounds perfect, right??

With the disappointment of Batman v Superman, Warner Brothers felt responsible for proving to the world that they had a firm handle on DC Comics characters. They needed a box office hit fast. Suicide Squad was intended to be their saving grace, but with re-shoots and severe tinkering, their sticky little fingers fudged any possibility of redemption. Warner Brothers only has themselves to blame for the film’s 32% on Rotten Tomatoes.

The hype surrounding this movie has been astronomical. Since it’s killer teaser trailer at last year’s San Diego Comic Con, Suicide Squad was my most anticipated movie of 2016. And their marketing campaign has been building the hype-train heavily for a solid year…more exposure than I can remember from a movie. The problem with movies like this one with such a deep-rooted fan base is that expectations are inconceivably insane. It’s a rarity to please both the fanboys and the critics with comic book source material, but whether it’s positive or negative, everyone is talking about this movie.

But does the movie defy the generic and live up to the hype?

A secret government agency recruits imprisoned supervillains to execute a dangerous black ops mission in exchange for shorted prison sentences and some additional perks. They’re the bad guys, the worst of the worst, but this is their opportunity to use their skills for some good. In short, save the world.

Richard Lawson at Vanity Fair called it: “A shapeless, poorly edited trudge that adds some mildly appalling sexism and even a soupçon of racism to its abundant, hideously timed gun worship.”

Some of the more laughable reviews come from Buzzfeed: “The women can’t control themselves and they’re always dragging down the men around them.” Lol. Somewhere Viola Davis is internally screaming and rightfully so. Looks like Buzzfeed didn’t do their comic book homework.

Marvel raised the bar earlier this year with Deadpool crushing the box office ($782 million) and breaking records. Not only did it prove that an anti-hero could slay the screen, but it also could be done with an R-rating, a first for the X-Men film series, and the highest grossing R-rated film of all time.

“I just wanted to play with the genre. That was in a pre-Deadpool world and the movies had been so serious and straightforward up to that point. I wanted to do something where it was much more based on actor performance and character. Those films sometimes feel a little posy, talkey, the actors are very stiff, just kind of delivering the lines and very expositional. I just wanted to do something with more soul and grit and dirt.” Director David Ayer via Deadline

After writing Training Day and directing films like End Of Watch and Fury, David Ayer has taken a shift toward the superhero universe, but with a different approach to the franchise.

“You know, all these movies are about defeating the evil alien robot from f*cking Planet X, before it destroys the world with its ticking clock. And who the f*ck cares? But you do a story about struggle and isolation and people who have been shit on, that suddenly get thrown this lifeline… that’s not so bad. I like to think of this as Comic-Book Movie 2.0.” David Ayer via MoviePilot 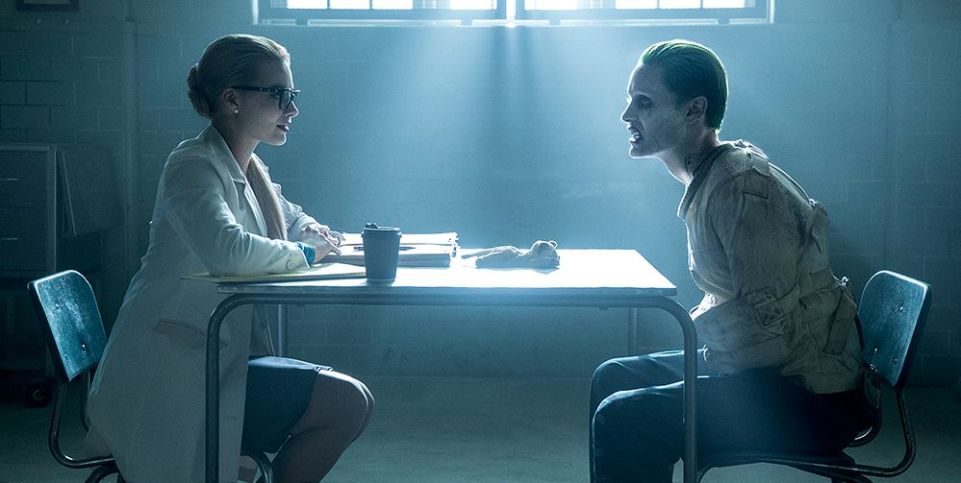 Though the studio believed there was enough time to get the movie done, a source with ties to the project says it was a sprint from the start. “[Ayer] wrote the script in like, six weeks, and they just went,” he says, arguing that the whole process would have benefited if Ayer had been given more time to work. More time for the grit and dirt was never delivered, and I’m devastated that I didn’t get to see that film.

Pulses dropped and anxiety ensued with fans when the film underwent significant re-shoots in the spring to boost up the “fun” factor. Rumors suggested that Warner Brothers wanted a lighter movie, while Ayer’s original cut was more dark and sombre. That’s the final cut audiences needed, but the studio came to an agreement to meet in the middle and balance the tones. Thus, the PG-13 rating sealed it’s fate.

The final product is choppy, unbalanced and misdirected. There’s some great humor that previous DC films lack, but coherency and structure were nowhere to be found. It’s very obvious now when you watch this where Warner Brothers tweaked the script, or even how the script feels rushed. But it’s a fun movie. It may be riddled with flaws, but strong performances by Margot Robbie, Will Smith, Jared Leto and even Jai Courtney saved the film for me. The rest of the squad? Almost pointless and forgettable.

If you’re looking to be marveled with scenes from Joker’s Jared Leto, don’t hold your breath too hard. He’s not in the film as much as I’d hoped, and that’s a mistake. It also doesn’t help that almost every Joker scene in the movie is already revealed in trailers or television spots. Joker and Harley are unquestionably the scene-stealers of the entire show; scenes between Joker and Harley are so polarizing that you wonder why David Ayer didn’t focus more on them?  Why couldn’t the script make them the “villains” or the antagonists against the squad?

It may not be the best in the superhero franchise, but it’s certainly oozing with some great performances that carry the film. Leto is no Heath Ledger, and no one ever will be, but his version of the loony, comedic mobster fit the bill for me. He may not resonate well with others, especially those keen to the comics, but he’ll be the least of your complaints.

While I was hoping for a ballpark hit like Deadpool or Guardians of the Galaxy, Suicide Squad missed the mark. It just tried too damn hard to be cool. If I can applaud David Ayer and their marketing team for anything, it’s that they got a non-DC/Marvel movie fanatic to see a superhero film. They may be  considered the Worst. Heroes. Ever., but this certainly isn’t the worst movie ever. Critics and trolls alike need to take many seats.