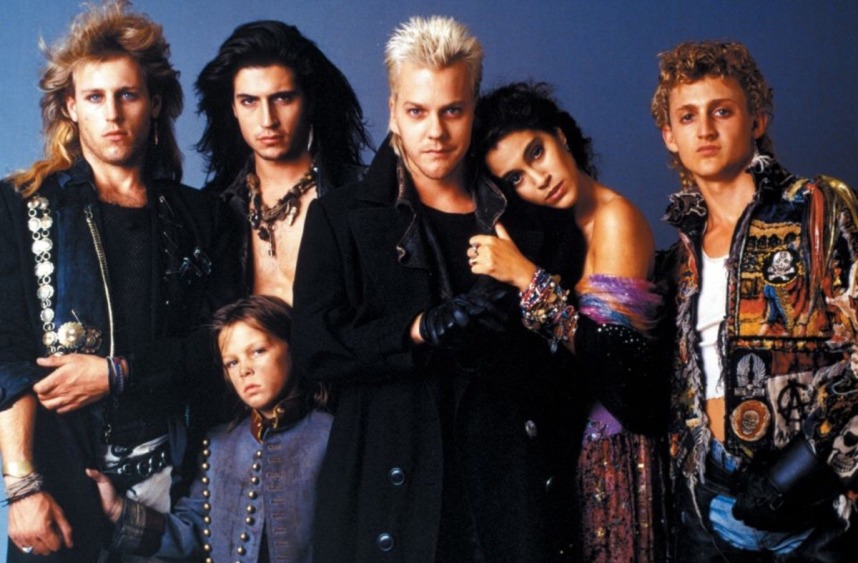 “My own brother, a goddamn, shit-sucking vampire. You wait ’till mom finds out, buddy!”

Decked out in fresh mohawks, sleek leather trench coats and razor sharp fangs, being a vampire in the 80s was all the glitz and glam you’d imagine it to be. Sleep all day, party all night…it’s fun to be a vampire until reality sets in.

Before the 21st century vampire craze, the 80s modernized the vampire in the fictitious town of Santa Carla, California. The cult classic status of The Lost Boys remains permanently relevant as the movie showcases what was hip and trendy for the decade. It may not have aged gracefully on film, but it’s undoubtedly the perfect time capsule of the blood sucking 80s.

When two Arizona brothers move to California, they soon discover their new hometown is infested with punk-rock vampires. The title is a reference to the Lost Boys in J.M. Barrie’s stories about Peter Pan and Neverland, who, like the vampires, never grow up.

“Santa Cruz was the murder capital of the US at the time. A lot of runaways, prostitutes and murders. We had to change the name to Santa Carla, because Santa Cruz didn’t want to be known for that. Even though three of the most famous serial killers were discovered near here around this time.”

“The saxophonist who is performing on stage when Michael first sees Star for the first time was Timmy Cappello, the tour saxophonist for Tina Turner.”

“This is a bridge maybe 15 feet at most over a small gulley. To make it seem dangerously high, we used a piece of the bridge and suspended it over a whole sound stage filled with fog. The boys are wired – that’s the cheapest thing to take out with visual effects. When they drop, that’s a stuntman, falling the whole depth of the soundstage into cardboard boxes.”

He’s got a poster of Molly Ringwald from The Breakfast Club,  one of Rob Lowe, and the movie Reform School Girls. “On the DVD commentary, Joel Schumacher says that it was there because had recently directed Lowe in St. Elmo’s Fire (1985).” 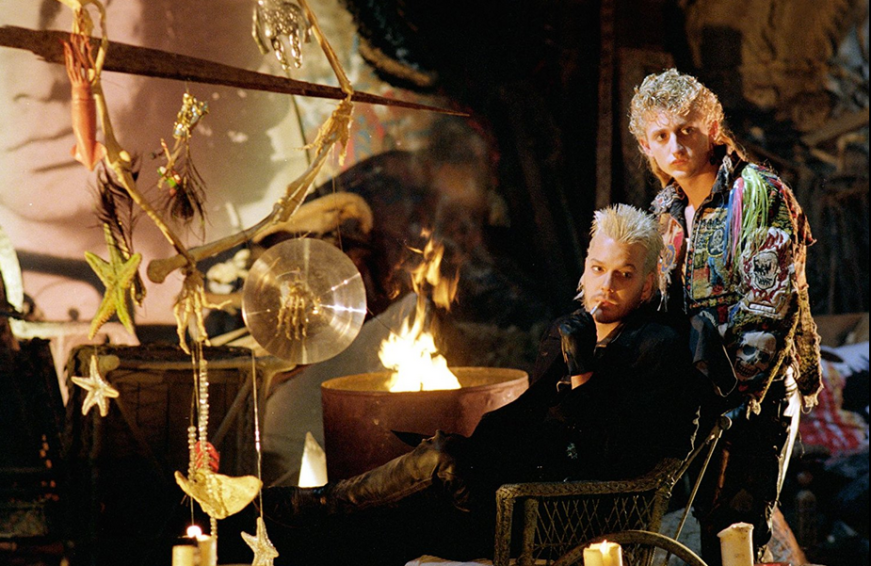 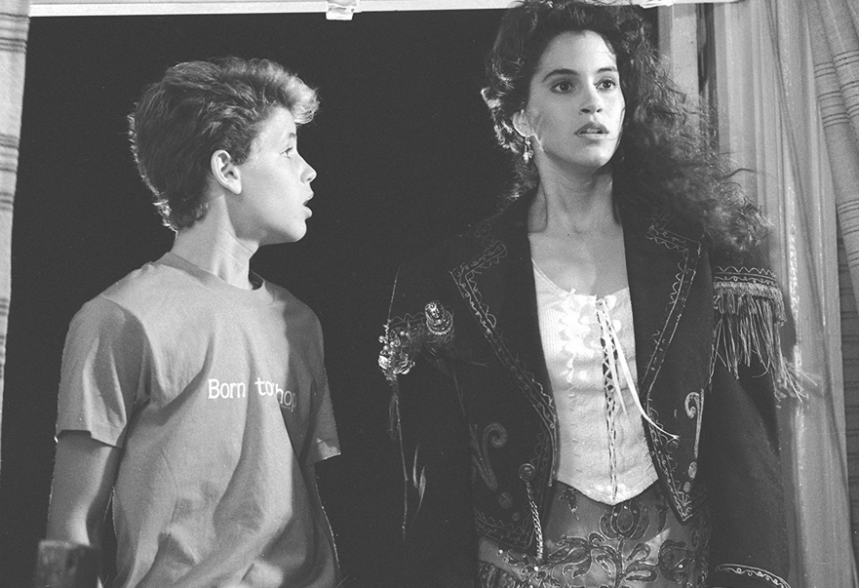 “The names of the Frog brothers, Edgar and Alan, are a reference to Edgar Allan Poe, the well-known writer of horror fiction.”

“This movie invented the phrase “vamp out,” which had passed into common usage on the TV series Buffy the Vampire Slayer (1997).”

“Corey Feldman, who plays Edgar Frog foreshadows how each of the vampires die: “No two vamps die the same way, some yell and scream, some go quietly, some explode, some implode…”

What are your favorite scenes, moments, characters or quotes from The Lost Boys?

18 thoughts on “Things I Love About “The Lost Boys””