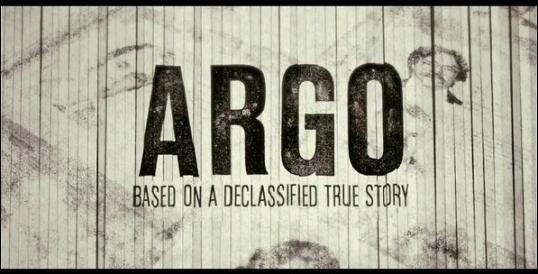 “If you want a lie to become a truth, have the media tell it for you.”

What do you get when you mix the CIA, Hollywood and Canada during the 1980 hostage crisis in Iran? Three unlikely allies bound together for the hope of freedom.

What do you get when you convert history into a two-hour Hollywood blockbuster? In this case you get an unseen and haunting point of view from CIA agent Tony Mendez, who created a fake sci-fi flick as a ruse to rescue six American diplomats hiding out in Tehran after the seizure of the American Embassy. You also get a lot of disgruntled viewers dissatisfied about the treatment of the nightmarish fiasco, and how Argo chose to manipulate history to create an Oscar-worthy hit.

I think this film is intense, resonating similar internal fears that The Hurt Locker stirred up a couple of years ago. There’s a great cast, a sharply executed script and two hours of nail-biting, heart-racing suspense…but more importantly it teaches a new generation a piece of history most know little about. Whether or not the film follows the crisis fact by fact, it’s important to know the gist of what happened.

Actor-Director Ben Affleck has another bold and daring film to add to his directing resume, following Gone Baby Gone and The Town. Based on CIA agent Tony Mendez’s 2002 book The Master of Disguise and a 2007 article in Wired magazine, this movie is getting a lot of attention—for its cinematic accomplishments and for its historical accuracy…or historically inaccuracy as some are claiming. Aside from the positive accolades it’s been receiving (a definite shoe-in for Oscar season), Argo is getting heat about what’s fact and what’s fiction, and how the latter is detrimental in retelling history.

Argo recounts the CIA’s creation a fake Star Wars knockoff, compete with a script and ads in both Variety and The Hollywood Reporter. The ploy was to get CIA agent Tony Mendez, who specialized in “getting people out of hostile circumstances,” into Tehran to rescue six American diplomats who escaped during the storming of the U.S. Embassy, and were hiding out at the Canadian Ambassador’s home. This is all true. We all know how the story ends; it’s history, and the success of this classified mission (and rescue) was a beacon of hope during the 444-day crisis, which brought the entire country together in its support for the hostages. What we don’t learn from the movie is precisely how this mission played out. How much of Argo is fact?

In an interview with Rolling Stone, Affleck explained why he chose the route he took with Argo…what he needed to keep, what he had to cut and why:

“It’s obviously not a documentary. It’s not even docu-drama, we were making a drama. I knew that I absolutely had to preserve the central integrity and truth of the story and hew to the most important details: Americans left the embassy when it was taken over, hid out with the Canadians; the CIA came up with the idea for a movie scout as a cover; they went in and got them out; Tony Mendes got the intelligence star and that’s all a hundred percent, absolutely true. We wanted people to be interested enough to watch it.

A few things were altered: One was the story had so much detail, in terms of what everybody did. You have all these people and they have all their stories and there’s a little bit of a Rashomon component. Also, the Canadians did a bunch more and that’s not included in the story because really it’s a story about Tony at its heart, and the CIA.”

Despite the film focusing on recounting what happened from the perspective of the CIA and Mendez, the film sparked controversy when it screened at the Toronto International Film Festival this fall, particularly with Canadian Ambassador Ken Taylor (played by Victor Garber) who housed the six Americans in the film. According to the film, Canada received full credit for the mission at the request of the CIA, who feared the repercussions of their involvement. The audience gets the impression that the Canadians did not truly deserve so much credit, portraying the Canadians as a sidekick and not a major player. Ken Taylor spoke to Canadian magazine Macleans.CA on the matter: 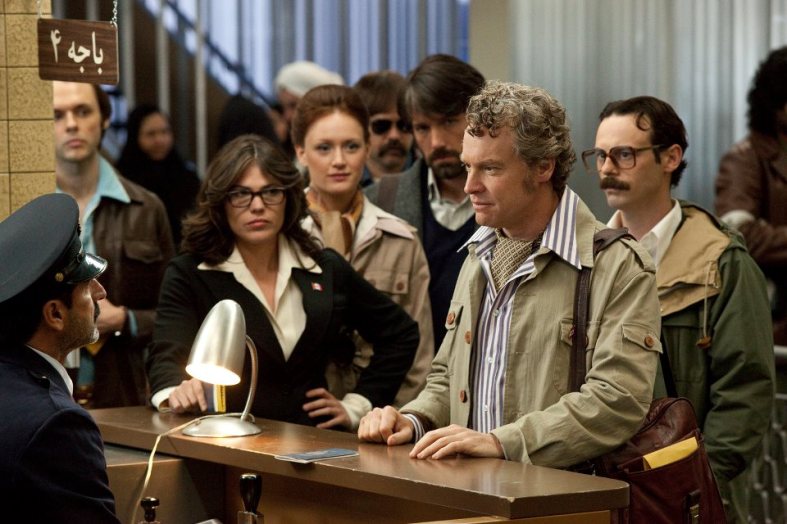 “So much of the movie is total fiction. My concern is that we’re portrayed as innkeepers who are waiting to be saved by the CIA. I’m not feeling offended. It’s their movie. But it totally distorts the relationship between Canada and the U.S. with respect to the episode. I just think they didn’t want to be bothered with the facts. It’s a good story, which they stole. [In response to the dramatic Hollywood suspense spin]

It’s absolute nonsense. The departure went very smoothly. I bought the airline tickets–I bought sets from three different airlines and paid cash. And I had the final veto. For every hour spent in Washington, there were two spent in Ottawa. Mendez did not become involved until a month after we’d taken over. He spent two days there.”  Ken Taylor via Macleans.CA

Affleck responded to Taylor’s remarks during a press conference at the Toronto International Film Festival.

“Because we say it’s based on a true story, rather than this is a true story, we’re allowed to take some dramatic license. There’s a spirit of truth. The kinds of things that are really important to be true are—for example, the relationship between the U.S. and Canada. The U.S. stood up collectively as a nation and said, ‘We like you, we appreciate you, we respect you and we’re in your debt.’ That is accurate. There were folks who didn’t want to stick their necks out and the Canadians did.” via Macleans.CA

Following the controversy at TIFF, Affleck added a postscript to the film stating “The involvement of the CIA complemented efforts of the Canadian embassy to free the six held in Tehran. To this day the story stands as an enduring model of international co-operation between governments.”

From a cinematic standpoint on retelling history, this is only one facet of the crisis, not the entire story. A portion of the film revolves around Mendez and the CIA becoming involved with Hollywood to get Mendez’s fake movie idea in motion. The Hollywood satire spin of the film was fantastic, and it also introduced the two movie scene stealers, John Chambers and Lester Siegel. Mendez and his supervisor Jack O’Donnell (Bryan Cranston) contact John Chambers (John Goodman), an Academy Award winning makeup artist who had previously worked with the CIA on crafting disguises. Chambers gets them in contact with film producer Lester Siegel (Alan Arkin). From here they create a film, a fake production company and publicize Argo as the next big hit in Hollywood. A ruse so ridiculous, it’s crazy enough to work.

With a strongly adapted script and a hell of a standout cast, particularly by Goodman, Arkin and Cranston, arguing fact vs. fiction can only go so far.  It’s hard to please everyone when retelling history from behind the lenses in Hollywood, especially while attempting to keep the audience’s attention and balancing that with historical integrity. Was I surprised with the fact-bending of Argo? A little. But I understood that I wasn’t there to watch a documentary nor a mini-series. If you disagree….