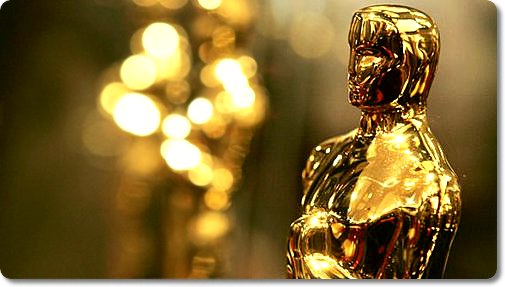 After watching many films in theaters and on Netflix, I’ve finally compiled what I consider the top tier of 2012. Two foreign films, one documentary, a few Oscar nominees and some incredible snubs of the year made my list. The Academy doesn’t always get it right, but I’m curious to see what “surprise” they shock us with this year.

Plot: “An investigative documentary about the epidemic of rape of soldiers within the US   military.”

Bottom Line: This documentary is a disgusting and merciless glimpse at how rape in the US armed forces is an “occupational hazard” and has continuously been ignored…until now. The Invisible War is well-researched and has shocking testimonies from victims who are demanding to be heard by the government for a change in the system. If this wins best documentary, which I think it will, the government better be prepared to quash this epidemic.
My Review 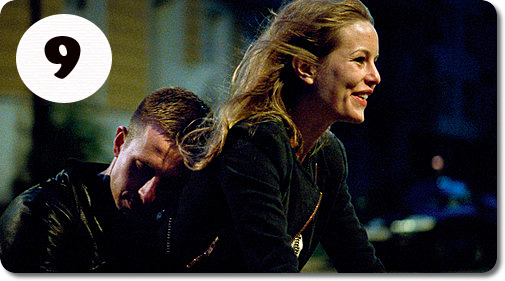 Plot: “One day in the life of Anders, a young recovering drug addict, who takes a brief leave from his treatment center to interview for a job and catch up with old friends in Oslo.”

Bottom Line: I would have never known this foreign drama existed had it not been for the proactive movie buffs in the blogosphere! There’s nothing groundbreaking about this addict’s story, but it’s subtle tone adds to the beauty and tragedy of August 31st for the protagonist. The script and acting give this story an extreme sense of realism and less of a Hollywood journey–reminiscent of Half Nelson’s simplistic approach to a comparable subject matter. 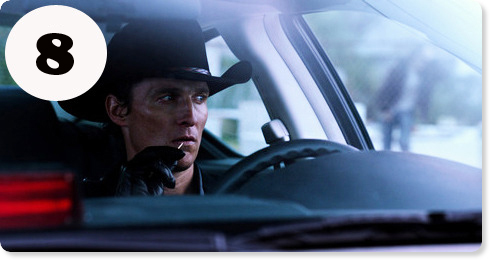 Plot: “When a debt puts a young man’s life in danger, he turns to putting a hit out on his evil mother in order to collect the insurance.”

Bottom Line: This is the Shame of 2012 that was completely ignored by the Academy due to the NC-17 kiss of death rating. With such a twisted script, this was the only film that had me completely speechless once the credits rolled. The ensemble cast gave some of the best performances of the year–particularly Matthew McConaughey, Juno Temple and Gina Gershon. I was never a huge fan of McConaughey until Killer Joe; he just needs to stick to scripts like this instead of C-grade rom-coms.
My Review

Bottom Line: This is either a love it or hate it type of movie, and I loved it. Seven Psychopaths boasts the most hilarious ensemble cast–Woody Harrelson, Sam Rockwell and Christopher Walken specifically. There’s a lot you can’t take seriously about this film, and there’s a lot of Tarantino-esque violence, but there’s a heart at the core of all the silliness that ties in well to the plot.
My Review

Plot: “An introvert freshman is taken under the wings of two seniors who welcome him to the real world.”

Bottom Line:  On the surface Perks came across as a sweet, stereotypical film about teens conquering the ups and downs of high school. I had absolutely no idea what this movie was about prior to viewing. Perks is nostalgic, tragic and realistic to the point of discomfort. Films in recent years that aimed to present realistic high school issues in a comedic fashion, like Easy A, resonated with audiences as clever and unique. Perks raises the bar and steps beyond the isolation of the typical “high school genre.” Will this be the next Breakfast Club, Sixteen Candles, or Dead Poet’s Society? No. But Perks is the answer to the void we’ve had since classics such as those.
My Review

Plot: “Put in charge of his young son, Ali leaves Belgium for Antibes to live with his sister and her husband as a family. Ali’s bond with Stephanie, a killer whale trainer, grows deeper after Stephanie suffers a horrible accident.”

Bottom Line: WHERE IS MARION COTILLARD’S NOMINATION? Cotillard’s performance in Rust and Bone is one of the best of 2012. This pitiless film offers a raw, emotionally-charged plot revolving around two characters who have hit rock bottom and find comfort together. Sweet? Not exactly. Matthias Schoenaerts’s character is not likeable and was responsible for dissatisfied opinions amongst viewers. But the reality of the film produces a more authentic plot–real life isn’t perfect, nor are there always happy endings, but Rust and Bone offers a sense of hope despite the tragedy both characters endure… not to mention the CGI effects on Cotillard are astounding!

Plot: “With the help of a German bounty hunter, a freed slave sets out to rescue his wife from a brutal Mississippi plantation owner.”

Bottom Line: Despite it’s lengthy 2:45 running time, and an unnecessary cameo by an Australian Tarantino, Django proves to be another home run for Tarantino and his cast. Equipped with the familiar Tarantino-violence, Django added a greater shock-value than any other Tarantino film to date. A great script coupled with great actors, Tarantino knows how to cast his films well. For me, Christoph Waltz and (surprisingly) Leonardo DiCaprio were the scene stealers in what was likely the most controversial Christmas Day opener to date. Tarantino can do no wrong.
My Review 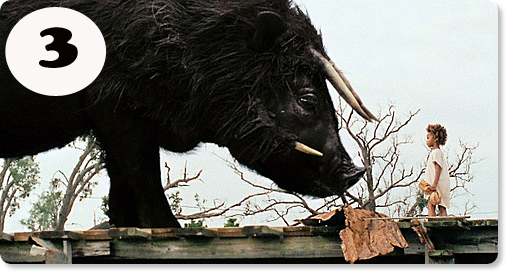 Plot: “Faced with both her hot-tempered father’s fading health and melting ice-caps that flood her ramshackle bayou community and unleash ancient aurochs, six-year-old Hushpuppy must learn the ways of courage and love.”

Bottom Line: This is the little engine that could of movies that Hollywood never saw coming. With a small budget and no-name amateur actors, Beasts proved that newcomers can compete in the Oscar race with some of Hollywood’s greatest directors and actors. Beasts is not a film that is easy to summarize. It’s an apocalyptic vision, a magical fable, an environmental drama, modern culture vs. counterculture, a coming-of-age story and a father-daughter relationship all rolled up in an hour and a half. Quvenzhané Wallis delivers a debut performance that sets the Oscar bar high. I only wish Dwight Henry received a nomination as well.
My Review

Plot: “A dramatization of the 1980 joint CIA-Canadian secret operation to extract six fugitive American diplomatic personnel out of revolutionary Iran.”

Bottom Line: Argo caught a lot of criticism for it’s fact vs. fiction plot, but for an adapted screenplay, it’s damn good. Argo combines an appropriate sense of humor with a devastating piece of history that younger generations know little about. With a strongly adapted script and a hell of a standout cast, particularly by Goodman, Arkin and Cranston, arguing fact vs. fiction can only go so far.  It’s hard to please everyone when retelling history from behind the lenses in Hollywood, especially while attempting to keep the audience’s attention and balancing that with historical integrity. Affleck has another great film to add to his directorial resume, but WHERE is his Oscar nomination? If there was a glitch in the system, there’s still time to tweak this confusing misstep.
My Review

Plot: “After a stint in a mental institution, former teacher Pat Solitano moves back in with his parents and tries to reconcile with his ex-wife. Things get more challenging when Pat meets Tiffany, a mysterious girl with problems of her own.”

Bottom Line: While I initially penned Argo as my frontrunner, I realized I couldn’t ignore the tremendous heart and depth of Silver Linings. The script is emotionally messy, dysfunctional and unapologetic tackling the topic of mental illness. Some critics argue that Silver Linings is conventional and predictable, but I think David O. Russell tapped into a hushed-topic in society and humanized the reality of mental illness with each character. We all know how this story is meant to end; Cooper’s character reveals this in the first 20 minutes of the movie, but the uncomfortable and emotionally resonating struggle to find that “happy ending” made it my number one for 2012. It goes without saying that this ensemble cast all deserve awards for their surprisingly brilliant performances, and that O. Russell opened a door that surpasses the screen.
My Review

“I went on [Hardball with Chris Matthews], and he said people reach out to him and say they appreciate the ability to talk about these things they’ve been through that they haven’t really spoken about openly. It’s a door opening for people who suffer sielently with this, who have traumas that they handle privately in their families”—director David O. Russell speaking about Silver Linings.