Great movie soundtracks act like an additional actor in the movie. More than setting, more than costume, more than clever editing in the studio, music is the final dimension that conveys emotion, place and character, sometimes without even having to say a single word.

These compilation albums are the best of their kind, and their accompanying movies would have been lost without them. So grab your headphones, sit back and enjoy the tunes—they’re some of the greatest of all time. 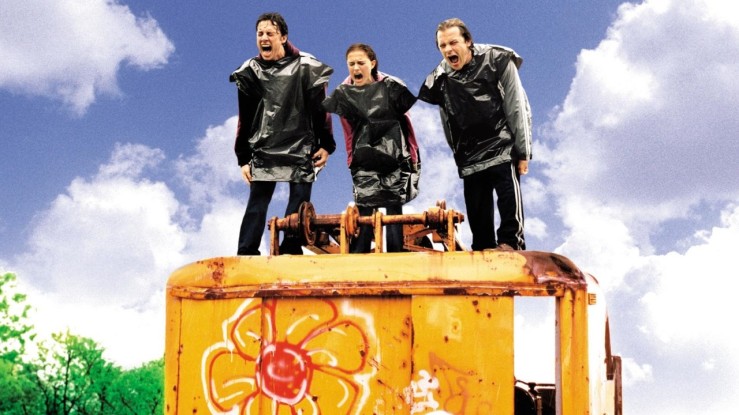 Zach Braff’s directorial debut has influenced an entire generation of movies, and it’s in a large part thanks to its one-of-a-kind soundtrack. With songs from Nick Drake, The Shins, Coldplay, Simon & Garfunkel, Iron & Wine, and Bonnie Somerville, it’s the perfect foil to the antagonist Andrew Largeman’s preoccupation with doubting mood-changing drugs.

While Garden State isn’t everyone’s idea of a good movie, its soundtrack escapes the bad reviews by delivering a fully realized opus on the popularity of good emo rock of the time. The music influenced a whole generation of listeners and movies—Nick and Norah’s Infinite Playlist, anyone? Besides, who didn’t feel Largeman’s “The Only Living Boy in New York” moment?

This Coen brothers’ film starring George Clooney, John Goodman, John Turturro, and Tim Blake Nelson is one of the best made films of all time, and its soundtrack is equally epic, framing the life and times of escaped convicts in Depression-era Mississippi.

Produced by T-Bone Burnett, the movie is illustrated beautifully through its music by including tunes of Americana and bluegrass and the unique, folksy voices of Diana Krauss, Emmy Lou Harris and Gillian Welch. While it seemed unlikely the American public would fall so hard for the soulful country style of the movie, it became an instant hit after release and rightly deserves its place in soundtrack fame, even if you judge it on this scene alone.

No sweeping fantasy epic is complete without a score to match its fanciful world, and no trilogy did a better job at capturing the imagination than The Lord of the Rings. Peter Jackson’s award-winning trilogy dominated the industry at every level—set design, makeup, costume, acting—which is exactly why the music was so strong as well.

Howard Shore’s film score includes over 10 hours of music and has become the most popular of the composer’s works and certainly defined his career. With influences from English folk to New Zealand Moira sounds, the strong woodwinds and percussion outlined the tone of each of the three movies. The inclusion of nonorchestral instruments such as fiddles and Celtic harps gave it that much-loved individuality. If you haven’t started humming notes from the score after reading this paragraph, I suggest it’s time for another watch. The movie is currently streaming on American Netflix.

Howard Ashman and Alan Menken’s remake of the “Carnival of Animals” theme for Beauty and the Beast not only earned unanimous praise for songwriting and scoring, but the movie landed a coveted place in the Academy Award for Best Picture category, making it the first animation motion picture ever to receive a nomination.

Music from the film went on to win multiple Grammys, Golden Globes, BAFTAs and also two Academy Awards for best original song and best original soundtrack. More than just being critically acclaimed, the music found a place in our hearts, which is probably why the Broadway rendition went on to be such a hit. The live-action reboot starring Emma Watson and Ewan McGregor will be in theaters in 2017.

How do you make a notoriously spoiled queen real to her audience? You add Converses, endless confectionary colors, and eighties pop punk. Sofia Coppola’s visual orgasm of a movie may not have been well received by critics or the most historically accurate, but to deny that New Order’s “Ceremony” didn’t breathe beautiful life into a character that has long been vilified by the world is just a flat-out lie.

With bands like Bow Wow Wow, Siouxsie and the Banshees, and Gang of Four, Marie Antoinette stole the zeitgeist of culture-defining pop punk, bringing Coppola’s heroine into the 21st century. The cleverly mixed, period-perfect odes from Dustin O’Halloran make it a soundtrack masterpiece. Not a believer? Check it out here.

No movie was ever better defined by one sound than The Graduate and the talented duo Simon and Garfunkel. Without the crucial editing process, it would’ve been a pair that was never to be.

While on the chopping block floor, director Mike Nichols and editor Sam O’Steen couldn’t get the folksy tunes of Sound of Silence out of their heads. After they decided it was crucial to the tone of the tale, S&G got on board to complete the rest of the album, which is how “Mrs. Robinson” and the movie that defined a generation came to be. Evoking the lost generation’s lack of complicity with the confines of social life during the 1970s, it is perhaps one of the most iconic film and sound pairings of all time.

A classic movie is so much more enjoyable when it’s got a perfectly matched score, and when it comes to Tarantino, he leaves no detail left unnoticed. From Al Green’s “Let’s Stay Together” to Kool & the Gang’s “Jungle Boogie,” the music selection is top-of-the-line and perfectly balanced in the Tarantino world.

With classics spanning genres from surf to rock and roll, the movie’s dark humor and regular violence are at times smoothed by the pristine music selection and always perfectly paired. I mean, could you imagine the movie without the almost forgotten classic “Misirlou” by Dick Dale & His Del-Tones before the Black Eyed Peas covered it? Yeah, me neither.

As good as these soundtracks are in the movies, I have to make the case that they stand alone for listen-only sessions as well, which makes them not just great soundtracks but great musical playlists in their own right. Don’t agree that these are the best there is? Leave your favorites in the comments below.

About the author
Caroline Black is a music and movie aficionado, always happy to talk about her favorite scenes and favorite tunes. She’s a fan of Netflix bingeing and is always on the lookout for the next greatest film and musical hit.

View all posts by culturecaroline1

25 thoughts on “The Best Movie Soundtracks of All Time”