“You know, Burke, I don’t know which  s p e c i e s  is worse. You don’t see them fucking each other over for a goddamn percentage.”

After the success of my website’s most viewed post from a few years back, Three Important Scenes Deleted from Alien, I wanted to followup with an entry chronicling four important scenes omitted from the theatrical cut of James Cameron’s Aliens…a film so powerful that it has fans arguing that it’s the only sequel in a franchise to surpass the original in greatness.

Before the release of Aliens in 1986, James Cameron removed over 20 minutes of footage bringing the theatrical run-time to 137 minutes. Five years following Cameron decided to reinsert over 17 minutes of deleted footage back into Aliens creating the Aliens Special Edition.

While I’ve seen both the theatrical cut and director’s cut, the latter doesn’t differ heavily from the former…certainly not nearly as drastic as  Alien³: The Assembly Cut. The advantage of this theatrical cut is all about the pacing of the film – it flows smoothly and quickly…exactly what studio execs wanted.

My preference? There are aspects of the director’s cut that I find could have been beneficial to keeping, while others deserved to be left on the cutting room floor. Personally, I prefer the theatrical cut.

Sigorney Weaver’s preference? She threatened to never shoot an Alien film again if the longer director’s cut was not released.

Here are four scenes that didn’t make it in the theatrical cut. 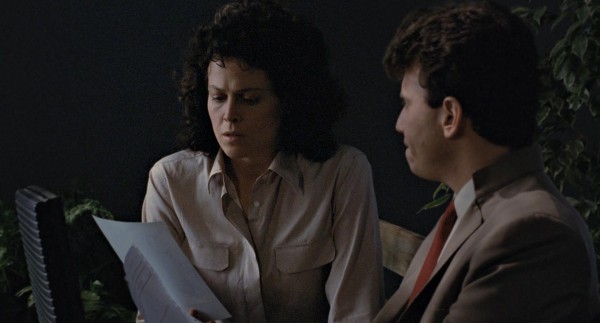 Right? Ellen Ripley actually had a family  back home on Earth. In the scene that was cut, Ripley asks Burke about her daughter within the first 10 minutes of the movie. Burke hands her a photograph of an old woman, her daughter, who passed away two years prior at the age of 67. Distraught and frustrated, Ripley whispers that she promised her daughter she’d be home before her 11th birthday before leaving on the Nostromo.

The significance? This is Ripley’s main motivation for getting involved in the mission; everything she had left on Earth is gone. She’s got nothing, but this potential mission. It also offers great insight on why she was maternally driven to save Newt. 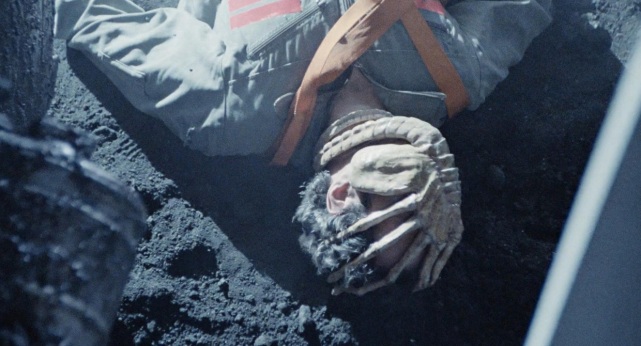 Hadley’s Hope is what we call the ‘shake and bake colony; it was a human terraforming, research and mining colony that was established on LV-426 in 2157 maintaining a population of 158 colonists.

While it was riddled with tumultuous winds and electrical storms (keeping colonists primarily indoors), it also became subject to an infestation problem…of xenomorphs.

In this omitted scene in the beginning of the movie, we’re introduced to Newt and her family who uncover, at Burke’s orders, the derelict spacecraft from the first movie. Newt and her brother wait in the vehicle while her mother and father go explore the spacecraft, only to come back with a facehugger attached to her father’s face.

I’m still debating whether or not this key should have been omitted or not, but I’m leaning more toward yes. NOT knowing what happened to Hadley’s Hope is key to the suspense. It shows us how Hadley’s Hope got infested with the xenomorph species, but knowing less provides more terror to the introduction of the colony. 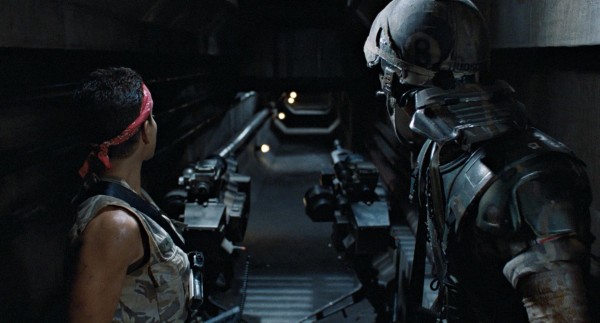 Toward the middle of the movie, Vasquez and Hudson set up the A and B sentry guns in the service tunnel to serve as a defense. The sentry guns are motion detected, so when xenomorphs approach their sealed compound, they’re blown to bits.

Should this scene have been omitted? I personally would have kept it in the theatrical cut, because it adds an immense amount of tension as the bullets drop until completely empty. It makes their situation more heart-racing and dire. 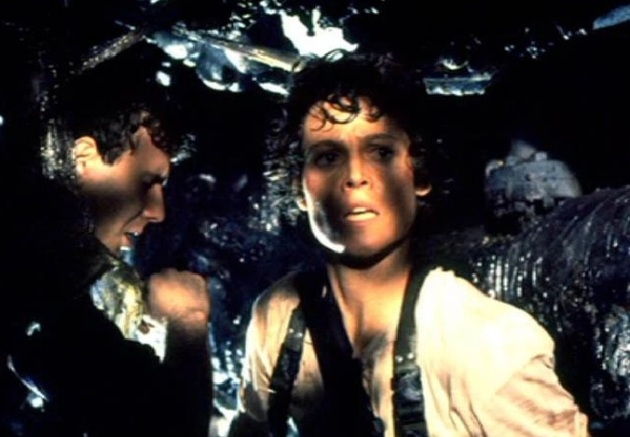 Probably the most famous deleted scene in the movie is the fate of Burke. In every cut of the film, Burke meets his fate by encountering a xenomorph looking scared as all hell, but the scene cuts and that’s the last we see of him.

In the deleted scene, Ripley is frantically looking for Newt when she comes across Burke, still alive, cocooned and begging her to kill him. “Ripley, Help me…please, help…oh, God…it’s inside me….” Ripley hands him a grenade and the rest is history.

According to SciFied, “this deleted scene was included with the Alien Anthology Blu ray set finally giving fans the change to see the scene after years of waiting. Cameron didn’t like the scene, and so it was never used.”

Is this scene necessary? It gives the audience some serious closure with the despicable Burke. I mean…this entire movie’s plot falls at the fault of his greed and corruption, so it only makes sense to see him get what he deserves. For pacing purposes, I can understand why the scene was ultimately cut.

What do you think about these deleted scenes? Are there any others I didn’t mention that you like?