“I will fight, for those who can not fight for themselves.”

It appears that everyone is praising Wonder Woman; a female superhero lead’s cinematic debut has finally arrived, and it’s alarmingly average.

I rarely second-guess myself when making unpopular assessments on movies, and I’m sitting here mind-blown as to why this movie (as a whole) is being lauded as the greatest of the great for women.

As Christina Cauterucci at Slate asked herself in her review, and as I currently ask myself: Did I blackout during some essential scenes?

“Wonder Woman Made Me Finally See the Importance of Female Representation,” Dana Stevens wrote at Slate. Or “Her femininity is part of the story, for the way it makes even the other heroes in the movie underestimate and discount her. But her gender is never the story’s primary thrust,” wrote a critic at the Verge.  Right. The “most beautiful woman the world has ever seen” whose male characters are constantly wagging their tongues at throughout the movie…gender is no thrust here.

This is one of the safest movies I’ve ever seen, but some critics are already asking about the film’s Oscar potential.

As my queen Ellen Ripley would say, “Did IQ’s steadily drop while I was away?”

Before she was Wonder Woman, she was Diana, princess of the Amazons, trained warrior. When a pilot crashes and tells of conflict in the outside world, she leaves home to fight in World War I, discovering her full powers and true destiny.

Let me first begin by applauding director Patty Jenkins for her tremendous effort. This is the first female dominant superhero film in twelve years since 2005’s forgettable Elektra.

The film went through a handful of writers that dropped out due to conflicting schedules or creative differences. The holy script finally came from Allan Heinberg best known for writing some episodes of Grey’s Anatomy and The O.C. Do you see a red flag yet?

But, before I give my lamentable feedback on this “feminist film,” I want to give serious kudos to the film’s lead, Gal Gadot. The monumental weight of the film rested on her brilliantly defined shoulders, and while the majority of her dialogue was laughable, her delivery and charisma were both fantastic.

Despite the wondrous Gadot, the film (as a whole) is beyond mediocre. Although I’m one of few, I’m surprisingly not the only one who thinks this.

“It gives us a mesmerizingly brilliant performance from Gadot, but with all of that focus, very little attention was paid to the product as a whole, and Wonder Woman is another dreadfully boring and ‘safe’ superhero film in a genre that is becoming all-too formulaic. While many celebrate the “savior” of the DCEU, we should collectively lament the death of the genre’s creativity.” via Epic Film Guys 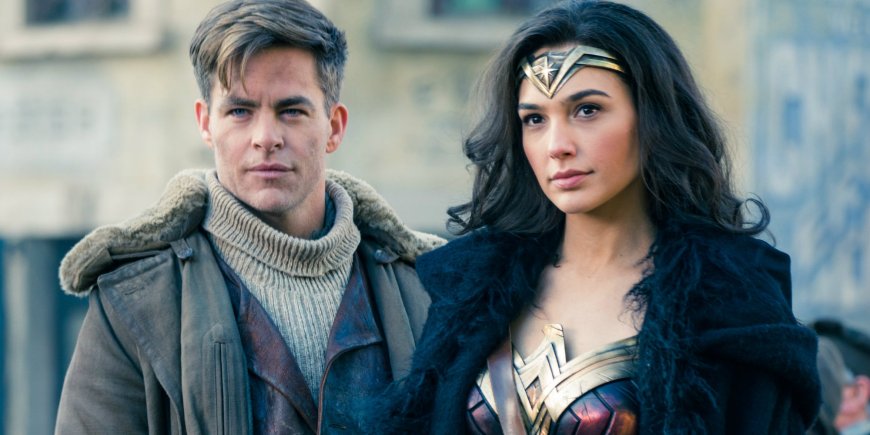 I’m going to be slammed by the ladies, but as a movie lover and critic, I cannot solely praise this film’s almighty “greatness” for slapping an uber-hot female superhero lead on screen and call it a brilliant movie. That goes against everything I stand for as a critic. DCEU, you can’t give me something cinematically brilliant and unforgettable like The Dark Knight – from it’s acting to script to cinematography – and expect me to consider Wonder Woman in the same movie ballpark. NO.

Wonder Woman suffers from pacing issues to a cramped plot to cheese-filled action sequences to name a few. There’s absolutely no flavor, creativity or memorable moments outside of the No Man’s Land scene, which was probably the only outstanding scene of the movie. Sorry.

On a more positive note, Chris Pine is as fantastic as Gadot, and their chemistry together is brilliant. Fans and moviegoers are praising Pine as if they’ve never seen him in a movie before…did everyone miss Hell or High Water last year? Pine is an incredible actor, and I’m glad to see him getting some deserved love and attention.

Unfortunately, the supporting characters that play beside Pine are absolute jokes in comparison. Pine’s possé includes Sameer, Charlie and the Chief … all wasted potential. If you disagree with me, I have no words for you. Sameer was enjoyable, but the lack of development with these characters is truly disappointing. We get a glimpse into Charlie’s severe shell shock; he’s a  renowned marksman but unable to shoot. Okay, he’s dealing with some traumatic emotions, which is very common in war, but…his character just falls flat, never develops, never makes that pivotal shot to help save the day like we all expected him to. He just flat lines as a character. And Chief, who communicates through smoke signals and delivers the most poorly acted one-liners I’ve ever experienced, I won’t even dive into that mess.

And the movie’s antagonist, Ares? What was even the point of that character? lol.  Epic Film Guys say it best:

“One could deride the utter lack of development in the plot for Ares as a villain, but as he’s not the true villain of the piece, that’s not the real issue. He instead feels like a pointless afterthought, a CGI money shot to try to dazzle the audience and make up for the terrible slow-motion that has robbed the strength and energy from the previous action pieces. The entire sequence is utterly and completely needless to both the plot of the film and to the culmination of Diana’s emotional journey; it quite simply doesn’t need to be here.”

Am I the wrong audience for this film? Possibly. I’m certainly no fangirl of DCEU or Marvel, but this should reaffirm the fact that I’m an unbiased critic going into this. Being force-fed Wonder Woman lines like, “What I do is not up to you!!!!” doesn’t scream “Yay Feminism!” to me, nor does it scream anything profound. What I wanted was to be left in awe by a film’s female lead, like Ellen Ripley, a superhero in her own respect. Are my standards a little too high? Yes, but why the hell shouldn’t they be? This movie is a big deal, and it should be treated as such. Yes, I got to see the first female lead superhero on screen directed by the first female director of a superhero film, but the movie as a whole left me utterly disappointed.

What did you think of Wonder Woman? Disagree with me? Leave a comment!

52 thoughts on “Wonder Woman is Overrated”