“After you’ve been in a war, you understand it never really ends.”

Da 5 Bloods is a retort to decades of Hollywood storytelling from a white perspective, and director Spike Lee has a lot to say. So get ready to listen.

While I’m not entirely familiar with Spike Lee’s full resume, it’s undoubtedly clear that the portrayal of the African American experience has been front and center to Lee’s films. Da 5 Bloods is no exception, and finally we’re given a narrative of war purely from a black perspective…in an immoral war that wasn’t ours with rights these soldiers did not have.

Spike Lee has been telling us for four decades to wake up, and now in 2020, I think we’re all finally listening. 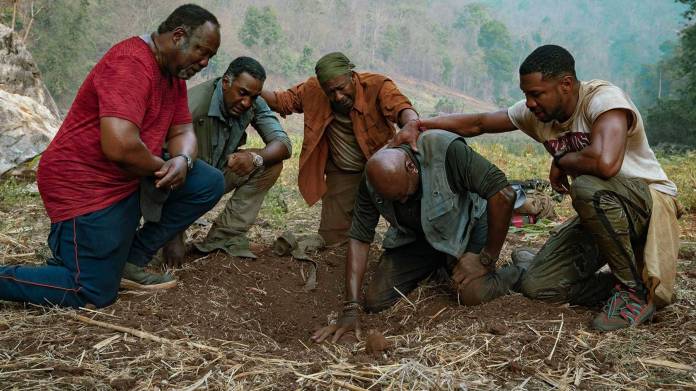 Da 5 Bloods follows four African American Vietnam vets who battle the forces of man and nature when they return to Vietnam seeking the remains of their fallen squad leader and the gold fortune he helped them hide.

Masterfully crafted and completely timely, this movie is excellent, but not without flaws. Spike Lee attempts to unpack the entire history of the black American wartime experience (literally with documentary-esque flashbacks), and it’s at times clunky. With the death of George Floyd, this movie couldn’t have come at a better time…a time where America truly needs to wake the fuck up.

What Lee did in 2.5 hours was no easy task; the beginning is a little slow, and there’s a lot of meat to chew on, but (in my opinion) this movie pans out methodically and almost perfectly in Spike Lee fashion once the credits roll. 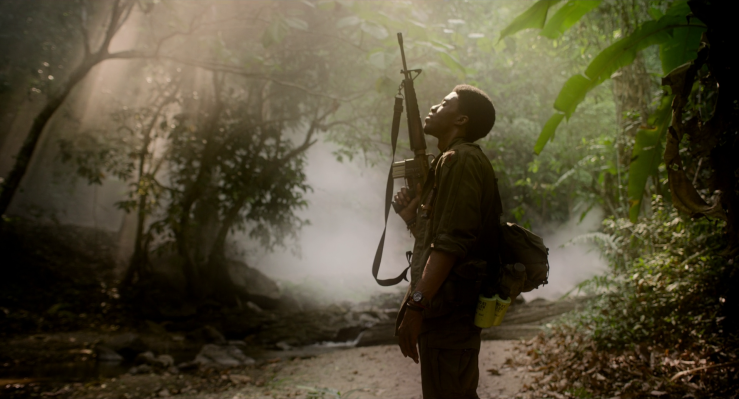 “On paper, that premise would probably remind you of The Treasure of Sierra Madre. But what Lee is trying to do here is to re-contexualise the war movie — and popular cinema — from a black perspective. Indeed, the original script by Danny Bilson and Paul De Meo called for white soldiers to return to Vietnam. But Lee and his BlackKklansman collaborator Kevin Willmott subsequently performed a rewrite and retooled Da 5 Bloods into what is unmistakably ‘a Spike Lee joint’.” via Hindustan Times

And guess what? It works. In every war movie I’ve seen (I haven’t seen them all), the representation of African American soldiers is non-existent. Think about it. Lee publicly criticized director Clint Eastwood for completely ignoring the contribution of black soldiers in his back-to-back WWII movies, Flags of our Fathers and Letters from Iwo Jima, which were both released in 2006. Almost as in response, Lee released the first war film of his career, Miracle at St Anna, in 2008, and arranged for a print to be sent to Eastwood.

I argued with a friend that not all important movies make for great cinema. Don’t be fooled, this is a flawed film, but a great one. It has one of the best ensemble casts I’ve seen all year…Delroy Lindo, your Oscar is coming, and y’all get ready for your SAG ensemble award acceptance speech. That much I think we can all agree on. 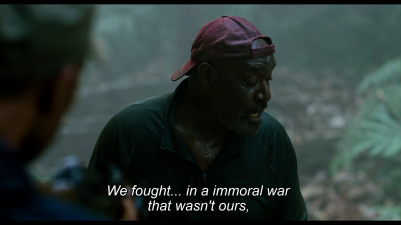 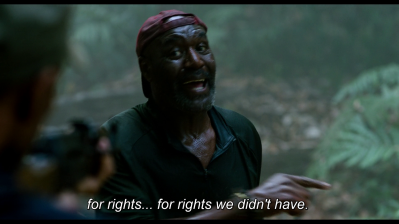